30 years of experience in process simulation and constant involvement in research and development projects to enhance technologies. 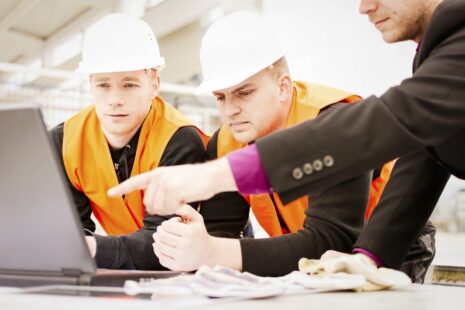 We guide you to efficiency

The project is supported by the French National Research Agency (ANR) and its objective is to develop a set of decision support tools to rethink water networks in the agro-food industries with the goal to minimize water consumption. It will rely on the development of the water Pinch methodology and especially on its adaptation to multi-contaminant problems. Water Pinch will be strongly associated to the finest environmental impact assessment methods (Water Footprint and Life Cycle Assessment) to ensure that revamping propositions do not generate detrimental environment effects. This combined approach will be implemented in a software solution, together with adequate water treatment modules, providing operational decision-making tools for the economic actors.

Lignocellulosic biomass is likely to play a major role as a substitution material in the chemicals sector. When designing new chemical products and manufacturing processes using lignocellulosic matter, chemistry needs to have access to tools capable of characterizing the molecules associated with the conversion of these bio-resources.

The resulting models will be compared with experimental data obtained from the measurements made by Armines (CEP/TEP) and the data in the literature.

The cutting-edge technologies resulting from the research conducted by the partners in the MEMOBIOL project will represent invaluable tools to help industry make decisions with respect to their green engineering approach.

Today, hydrogen is mainly produced from fossil resources. In the future, the prospect of increasing energy demand, a lack of fossil resources and limitations on the release of greenhouse gases, means that only water and biomass will be viable, long term candidate raw materials for hydrogen production. The two processes that have the greatest likelihood of successful massive hydrogen production from water are electrolysis and thermo-chemical cycles. The thermo-chemical cycles are processes in which water is decomposed into hydrogen and oxygen via chemical reactions using intermediate elements that are recycled. As the heat can be directly used, those cycles have the potential of a better efficiency than alkaline electrolysis.

The approach for accomplishing the project objective is multi-faceted. It includes: the search for the best basic flow-sheets for S_I and Hybrid Sulfur cycles (H2SO4 and HIx vapor phase modeling from experimentations) and their implementations in the ProSimPlus process simulation software, the study of the decomposition of H2SO4 in a solar furnace at high temperatures (1200C – direct heating and decomposition without catalyst – and 850C – indirect heating at a VHTR temperature) with the support of flow and thermo-mechanical dimensioning of the solar receiver, the experimental measurements of the partial pressures above a mixture of HI, H2O and I2 (use of FTIR, UV-Vis. and RAMAN spectroscopies), the modeling and experimental exploratory research into alternative, low energy separation techniques relevant to the S_I process (membranes – use of CARS spectroscopy), and the industrial scale-up of the S_I cycle to a nuclear reactor and the Hybrid-Sulfur cycle to a solar and/or a nuclear source (couplings, safety assessments, components sizing and economics).

Numerical methods used in the solution of many CAPE problems require the computation of derivatives. Already useful in steady-state chemical process simulation, differentiation is now intensively required with the increasing use of dynamic simulation or optimization.
AD technology appears as a promising technology that requires further testing to determine its suitability to CAPE codes specificity. The general objective of the project is the testing of the Automatic Differentiation software OdysséeTM by industrial users on Sequential Modular Simulator codes.

OPERA is a European Commission funded project developing new concepts and technology with the aim of bringing real-time operator training simulators to all parts of the chemical industry.

The OPERA Real-time Simulation Platform has received the 3rd prize at the 7th OMG Object Application Award in the category: “Best Application utilizing reusable components leveraged from or for use in other projects”.

OPERA exploits exciting new computer technologies to reduce the cost of building and maintaining simulators by orders of magnitude. However, the most important feature of OPERA is the fact that the design concept is based on the needs of the trainee and trainer – not on the underlying technologies. The starting point was a detailed study of the most successful learning strategies currently in use by the best European technical schools. They have established the most effective ways to teach the skills required by process operators, technicians and supervisors in today’s highly sophisticated process industry; an industry that must make substantial improvements every year in its:

in order to remain competitive. The managerial response to these demands is to continually upgrade the level of staff qualifications. However, the tools available for establishing, validating and maintaining this vital skill base have not kept pace with the changing demands.

OPERA represents a new philosophy in terms of modular and configurable use of process models and other resources as well as in developing the technology to attain this. It aims to encompass all of the recent advances in software and hardware technologies.
The project partners are from 5 European countries.

Global CAPE-OPEN (GCO) uses CAPE-OPEN (CO) results and capitalizes on further opportunities that can be gained from open standard interfaces for process simulation. GCO addresses and answers the following questions:

How will open process simulation technology be integrated into the process engineering work process?
How can industry take better advantage of open architectures and standards?
What are the other open standard interfaces needed for CAPE?
How to develop a CAPE-OPEN compliant software?
How will CAPE-OPEN compliant components be certified and labeled as such?

This will provide the process industries with faster, cheaper, more accurate process simulation leading to enhanced competitive and environmental performance. A large new market will be created for specialist simulation vendors, increasing competition and advancing the state-of-the-art.

The GCO project will:

Develop additional open standard interfaces for CAPE components
Adapt existing software so that it complies with the COM standard
Develop methods, training and support tools for users to take advantage of the availability of CO-compliant components

ProSim is acting as a subcontractor of Total Fina Elf and follows the project’s evolution in order to provide CAPE-OPEN compliant software. This project has already implemented the entire thermodynamics package, which is now integrated and validated in this environment.
ProSim is also a founding member of the CO-LaN (CAPE-OPEN Laboratories Network).

ProSim is today one of the very few companies able to supply CO compliant software components, but also experienced in making existing legacy codes CO compliant. We recognize that there are a number of legacy codes within operating companies (including company specific thermodynamic or unit operations models) which these companies will want to include within a commercial simulation environment. Therefore, ProSim recently decided to integrate into its portfolio this new line of services, which “wraps” legacy codes so that they can be used within a commercial simulation environment. This new service answers a challenge faced by most of the Chemical Process Industries (either operating companies or engineering firms). If you are thinking about migrating internal codes to CAPE-OPEN, do not hesitate to contact ProSim.

This project is dedicated to technologies for the rational use of energy in the gas and chemical industries. The objectives are to increase the energy efficiency of distillation columns by using advanced heat exchangers and to insure higher productivity by adopting dynamic process control. Therefore better competitiveness of the European gas and chemical industries will be achieved. Its mid-term objectives, adopting advanced heat exchangers in distillation plants, will allow an increase in the capacity and the energy efficiency of existing units. The goal is a 10% augmentation of the energy efficiency. For a long-term objective, a new process control system using intermediate boilers should be implemented in the plant. This new way of thinking is expectd to provide higher energy efficiency and better controllability, and therefore higher productivity. The goal is a 30% increase in energy efficiency.

Read about the company, its activities…

Thanks to long term partnerships with major research centers and to substantial investment in R&D, ProSim continuously develops innovative solutions.

You also have the option of disabling these cookies, but disabling some of these cookies may affect your browsing experience.
Necessary Always Enabled
The necessary cookies are absolutely essential for the proper functioning of the site. These cookies provide basic functionality and security features of the website, anonymously.
Functional
Functional cookies help to perform certain functionalities like sharing the content of the website on social media platforms, collect feedbacks, and other third-party features.
Performance
Performance cookies are used to understand and analyze the key performance indexes of the website which helps in delivering a better user experience for the visitors.
Analytics
Analytical cookies are used to understand how visitors interact with the website. These cookies help provide information on metrics the number of visitors, bounce rate, traffic source, etc.
Advertisement
Advertising cookies are used to provide visitors with relevant advertising and marketing campaigns. These cookies track visitors through websites and collect information to deliver personalized advertisements. No such cookie is present on our site.
Others
Other uncategorized cookies are those that are being analyzed and have not been classified into a category as yet.
Save & Accept