Thanks to long term partnerships with major research centers and to substantial investment in R&D, ProSim continuously develops innovative software and offers a complete suite of software.

ProSim has a strong relationship with university research centers and more especially with the Ecole Nationale Supérieure d’Ingénieur en Arts Chimiques Et Technologiques. Created in 1949, the “Institut du Génie Chimique” has been renamed “Ecole Nationale Supérieure d’Ingénieurs de Génie Chimique de l’Institut National Polytechnique de Toulouse” (INP/ENSIGC) in 1985. In addition to its teaching activity, The ENSIGCT is also a research center, through the “Laboratoire de Génie Chimique” (LGC). The LGC with 200 staff members, 7000 m2 of buildings and an overall annual budget of 7,3 Million Euros is one of the main European research center in Chemical Engineering. The LGC is constituted by several research teams, specialized in one specific field (gas-liquid separation, solids and particles, separation processes, stirring and mixing…). An old and strong relationship has been established between ProSim SA and the Process Analysis and Simulation team of Professor Xavier JOULIA. ENSIACET Website Laboratoire de Génie Chimique web site

The UNIFAC consortium develops and manages the contribution methods known as UNIFAC, Modified UNIFAC (Do) and the predictive equation of state PSRK. This consortium gathers the sector’s main industrial players, engineering and processes analysis companies as well as software vendors such as ProSim, around the team lead by professor J. Gmehling at the Oldenburg University. Taking part of this consortium allows ProSim to have access to specific data and parameters two and a half years before the market does. ProSim’s customers that are part of UNIFAC Consortium will also be able to access these parameters through its software.

AIChE’s Design Institute of Physical Properties is an industry consortium that helps promote the development of databases that contain the critical design information. In particular DIPPR project 801 aiming to create a database of evaluated process design data of physical, thermodynamic, and transport properties for industrially important chemicals used in chemical process and equipment design is of major interest for ProSim. This partnership provides ProSim with exclusive benefits including: access to the most current version of the DIPPR database, the opportunity to interact with major investigators, data experts, and process engineers from the other member chemical, E&C, and software companies, or influence the selection of which chemicals, properties, and correlations are included in the DIPPR® 801 Database and the direction of the project. DIPPR® Project 801 website AIChE’s Design Institute for Physical Properties

The LGCB is a research laboratory from the Blaise Pascal University (Clermont-Ferrand / France). Members of the lab conduct the research and the teaching in process engineering in the university and for associated courses (CUST et ENSCCF). Researches are conducted in engineering science, food and biological processes. The LGCB is partner of ProSim in the research on electrolyte thermodynamics: ULPDHS

The Fives Group represents an entity that has a strong experience in the prefabrication and erection of industrial piping systems equipment for complete malting plants and breweries, as well as, through its subsidiary Fives Cryogenie, in the manufacture of brazed aluminium heat exchangers. ProSim and Fives Cryogenie have developed a software to simulate brazed aluminium heat exchangers, mainly used in cryogenic processes. This software, named ProSec, presents unequalled performances on the market. Fives Cryogenie website

ProSim has a long term partnership with the petroleum company TotalPetrochemical for the valuation and the development of the Ariane software, for the optimization of energy production plants. Both entities have collaborated during specification, development phases and during the testing and validation of the software, in particular in refining and petrochemical plants.

THERME fundamental and applied research interest is basically in the field of thermodynamics and fluid phase equilibria. Research areas include sustainable new materials (green process) as well as industrially relevant complex fluids analysis. In this area research of THERME are focused on petroleum fluid components and thermodynamic properties of real fluids (characterisation and representation of paraffinic and asphaltenic cuts, acid gas sweetening,.). Collaborations between ProSim and THERME are mainly related to predictive equation of states. This partnership can be illustrated by PPR78 model which has been developed by THERME and further implemented in ProSim software. THERME website

L’École Nationale Supérieure de Techniques Avancées (ENSTA ParisTech) belongs to the foremost graduate schools of engineering in France. Its department of Chemistry and Chemical Engineering (UCP) is internationally recognized for the excellence of its research on topics dealing with thermodynamics of fluids (development of SAFT like equations of state and COSMO predictive models, phase equilibria measurements), hydrogen production, storage and combustion, gas hydrates, organic synthesis and chemistry of nanomaterials such as Metal Organic Frameworks for applications related to energy, petroleum and food industries. ENSTA website

ProSim is an affiliate member in the RAPID consortium. RAPID is a Manufacturing USA Institute working to transform the process industries by advancing modular chemical process intensification technology. 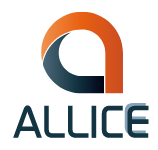 ALLICE is an alliance dedicated to energy efficiency and the decarbonisation of industry. Its aim is to accelerate innovation and draw out new solutions by bringing together all stakeholders: supply-side & demand-side players, specifiers, skills and research centres, investors and financiers.

The ambition of AXELERA is to build a global industrial and scientific network that combines Chemistry and the Environment. Thus, the cluster brings together companies, research centers and educational institutions in order to develop synergies and cooperative efforts. AXELERA was established back in 2005 by 3 groups (Arkema , Rhodia member of Solvay Group and GDF-Suez), a world-class public sector research and training center (IFP Energies Nouvelles) and a government-funded research organization (CNRS). AXELERA is supported by institutional organizations such as the French Ministry of Economy, Industry and Employment and the local and regional collectivities.

The Industry and Agro-resource (IAR) Cluster changed his name to Bioeconomy for Change. It promotes exchanges, decompartmentalisation and project launches. It assembles players from the whole value chain around a shared innovation problem. The Cluster and its members are involved in developing technology and products to replace petroleum-based raw materials with agricultural, forestry and algal plant production.

Recognizing the strength of the regional and local ICT economy the French government has accredited DigitalPlace as an ICT industry cluster. Their aim is to bring the Midi-Pyrénées to a leading position in terms of ICT. They will reach this goal by encouraging the emergence of pioneering start-ups, by contributing to the development of international champions and by promoting the innovation and technological excellence in the region.

ProSim has the support of the Midi-Pyrénées Region as part of an export support contract.

Read about the company, its activities…

ProSim is involved in many innovative research projects.

You also have the option of disabling these cookies, but disabling some of these cookies may affect your browsing experience.
Necessary Always Enabled
The necessary cookies are absolutely essential for the proper functioning of the site. These cookies provide basic functionality and security features of the website, anonymously.
Functional
Functional cookies help to perform certain functionalities like sharing the content of the website on social media platforms, collect feedbacks, and other third-party features.
Performance
Performance cookies are used to understand and analyze the key performance indexes of the website which helps in delivering a better user experience for the visitors.
Analytics
Analytical cookies are used to understand how visitors interact with the website. These cookies help provide information on metrics the number of visitors, bounce rate, traffic source, etc.
Advertisement
Advertising cookies are used to provide visitors with relevant advertising and marketing campaigns. These cookies track visitors through websites and collect information to deliver personalized advertisements. No such cookie is present on our site.
Others
Other uncategorized cookies are those that are being analyzed and have not been classified into a category as yet.
Save & Accept