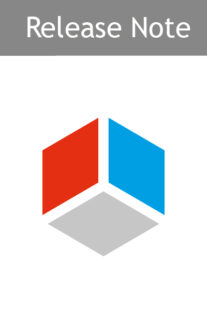 The latest version of the software are available to our customers now for download from the Support web site: access your Support area.
Not yet a ProSim’s customer? Contact us for more information about our software and services.

“Absorbers”, “2-phase distillation columns”, “3-phase distillation columns”, “Column Sizing” and “Strippers” unit operations: the calculations related to the sizing or rating of these modules are now performed during the main calculation phase (in the previous version, these calculations were done during the printing step of the results). Thus, the user can access the data stored in the parameters area of these modules, allowing the automation of economic evaluation of the processes and the use of these data to run sensitivity studies, design specifications or optimizations.
Addition of new correlations for the sizing of column internals to extend the number of column internals that can be used.
Expansion of the packings database for column sizing with performance calculation based on manufacturer curves. The operating point of the column can thus be positioned and compared to the manufacturer curves.
Simulation report of the columns: improved results display thus facilitating navigation within the results.

Mise en place de bases de données de paramètres d’interaction binaire : l’utilisateur peut désormais créer ses propres bases de données privées de paramètres d’interaction binaire dans Simulis
New management of databases of binary interaction parameters: the user can now create his own private databases of binary interaction parameters in Simulis Thermodynamics. It also gives the possibility to choose among the databases at its disposal, the binary interaction parameters to be imported into its calculator.
Possibility to define all of the electrolytes models as “True species” ones: speciation reactions used in reactive models are equilibrium reactions by default. If the user wants to describe a speciation reaction controlled by kinetics, it can’t be described in the thermodynamic calculation server. So, all reactions must be computed inside the unit operation using, for instance, a reactor or a reactive flash or a distillation column in ProSimPlus, or by describing the model in Matlab or Excel.
The calculation of the critical point of a mixture is now possible for most of the models which are based on a homogeneous approach (equations of state).
SRK-KD model: the binary interaction parameters can now be entered directly in the calculator interface so that the default values are not used, which offers more flexibility and the possibility of fitting these parameters.
PPR78 model: improved calculation performances.
Update of reactive model databases.

New view of the exchangers network: a grid diagram is automatically displayed at the end of the network calculation.
Addition of the possibility to enter a price per square meter of exchanger in order to estimate an investment cost.
Sensitivity study: possibility to quickly study the influence of the parameters from the pinch analysis (pinch, minimum of heat duty exchanged, minimum % of energy recovered…) on the proposed exchangers network (number of exchangers, required utilities, investment…).